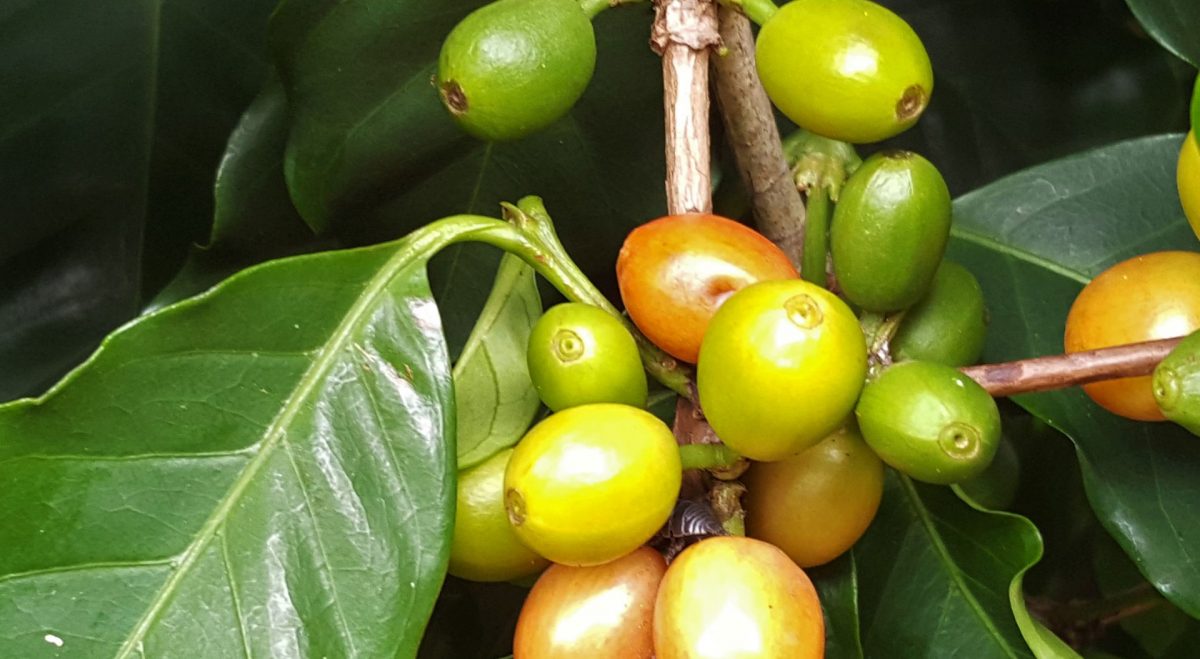 Catuai Coffee is a cross between highly productive Mundo Novo and compact Caturra, made by the Instituto Agronomico (IAC) of Sao Paulo State in Campinas, Brazil. The plant is highly productive compared to Bourbon, in part because of its small size, which allows plants to be closely spaced; it can be planted at nearly double the density. The plant’s shape makes it relatively easy apply pest and disease treatments. It is mainly characterized by great vigor and its low height; it is less compact than Caturra. It is highly susceptible to coffee leaf rust.

Catuaí derives from the Guarani multo mom, meaning “very good.” There are yellow-fruited and red-fruited types, and have since been many selections in different countries. The cultivar was created in 1949 from a crossing of yellow Caturra and Mundo Novo, and initially called H-2077.

The variety was released in Brazil 1972 after pedigree selection (selection of individual plants through successive generations) and is in wide cultivation there.

It was first introduced in Honduras in 1979, where it was tested by Instituto Hondureño del Café (IHCAFÉ). It was released commercially in 1983, after IHCAFÉ selected two lines for planting. In Honduras today, Catui accounts for nearly half of the Arabica coffee in cultivation. Researchers at IHCAFÉ are actively pursuing breeding with Catuai, including creating hybrid crosses between Catuai and Timor Hybrid lines.

It is also economically important in Costa Rica, where a yellow-fruiting Catuai was introduced in 1985, whose descendants have spread widely through the country. It was introduced into Guatemala in 1970; currently about 20% of the country’s production is Catuai. It has a negligible presence in other Central American countries.

Catuai, whose small stature allows it to be planted densely and harvested more efficiently, led in part to the intensification of full-sun coffee cultivation in Central America in the 1970s and 1980s.

nextSpring has Sprung and Then Some!