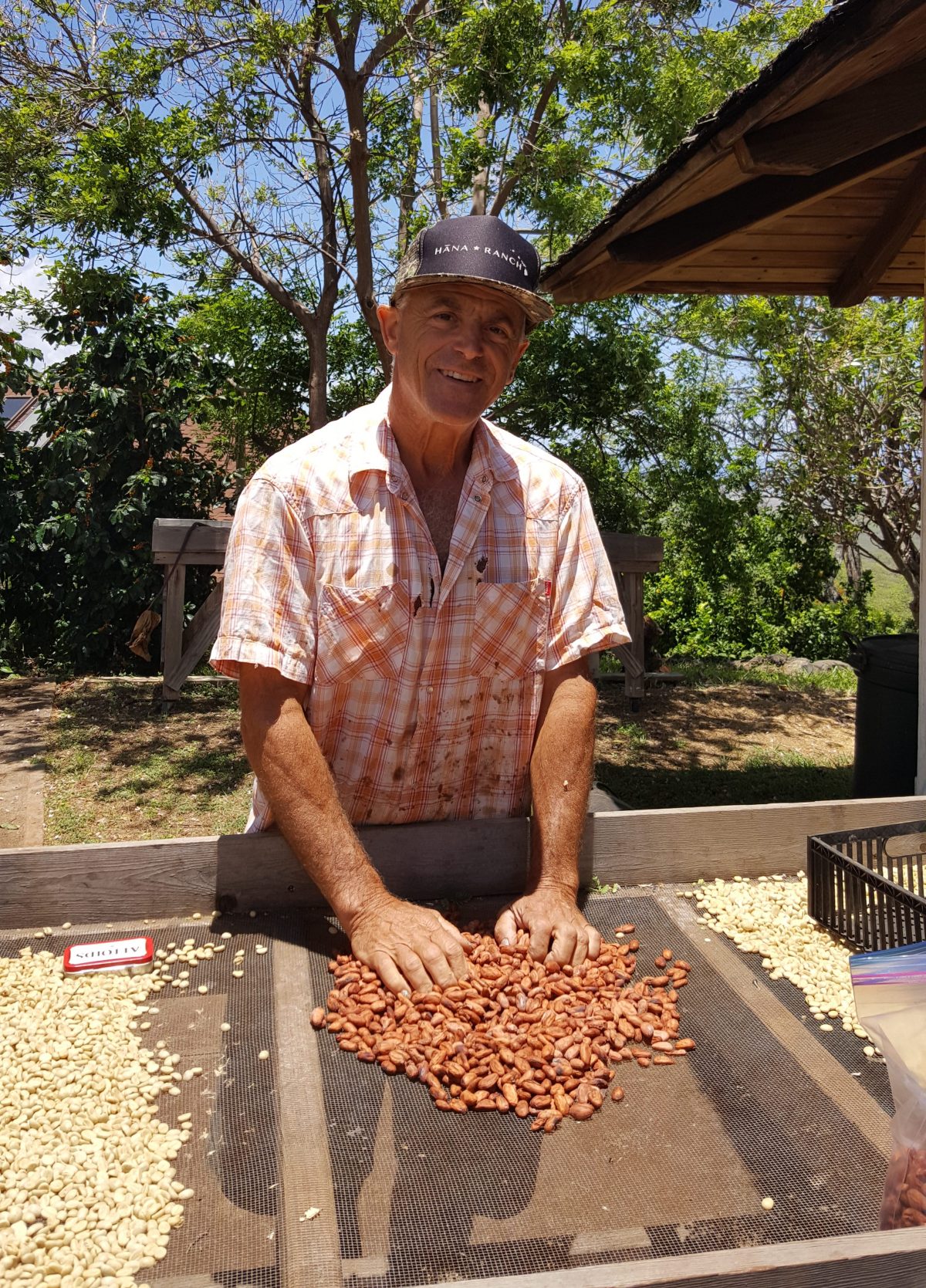 Our last updated we focused on the marketing of a new business and the importance of PEOPLE!!! We also stated that we will mix it up with the current happenings at the farm and lots of other fun stuff at Kupa’a Farms!

The coffee trees at Kupa’a Farm are currently really going off! At Kupa’a Farms they grow about 8 varieties of Arabica. Arabica one of the 3 main species. Robusto is the most widely grown to fill the popular brands like Folgers, etc…Liberica is the least common of the 3 species.

Coffee blooms usually start about 10 days after a rain, and those blossoms smell incredible. One would swear that they are related to gardenias or jasmine, as that is they type of fragrance they project. Arabica self pollinates, so when we have bees buzzing around the blossoms, are they  just cruising to smell the flowers? Stated previously, Arabica is a self-fertile species of coffee; however, bees can enhance the flavor and yeild.

Because of the way the blossoms come about on a coffee plant, it can have blossoms, unripe fruit, and harvest-ready fruit all at the same time! For this reason coffee is most often hand picked, just as it is here at Kupa’a Farms. It is a chore, but what could be more peaceful than being surrounded by organic beauty nestled in on the slope of Haleakala! I’ve  had the pleasure of harvesting coffee a couple times this year.

After the coffee cherries are harvested, they go to the “pulper“. This machine separates the fruit from the typical 2 seeds inside the fruit. There’s a short video of this process. Next, the seeds are separated and go down a shoot into a bucket where they are rinsed once or twice, and checked for any “floaters”, which are seeds that don’t have the density for the quality of coffee at Kupa’a. The percentage of these undesireable seeds at Kupa’a Farms is quite low, between 1 – 3%.

The average yeild from about 8 pounds of fruit is 2 pounds of beans.  Coffee seeds sit in the water for 24 – 48 hours where they will capture wild yeast from the air. This is a preferred method for fermentation at Kupa’a Farms, according to Gerry Ross. He would rather have the “terroir” (earth/dirt) speak through the coffee rather than manipulating it with fancy yeast strains as some coffee producers are experiementing with currently. The main function for sitting in the water, in Kupa’a Farms’ opinion, is to release the extra muselage while capturing some wild yeast for fermentation.

We are far from being done with the subject of coffee, but here is a good segway to address some of the similarities in both coffee and cacao. The number one similarity is the growing regions. Both coffee and cacao grow in what is referred to as the 20/20 latitude belt. Hawaii is 21 degress north, so we are considered the northpole of the growing region for cacao and coffee,  AND Hawaii is the only place in the United States that grows cacao. Guess what folks? The same goes for coffee! There are approximately 26 countries that grow coffee and cacao. The furthest south is 20 degrees south in Madagascar.

Both coffee and cacao share the same biological phenoemon, califlory, which is where the buds, blossoms and fruit grow directly on the woody branch or trunk of the tree. Papayas and figs also share this biological growing phenomenon. Growing regions and califlory are 2 of the many commonalities. Hand-harvesting is the third. Since cacao also doesn’t  ripen exactly at the same time on each tree it is hand harvested too. 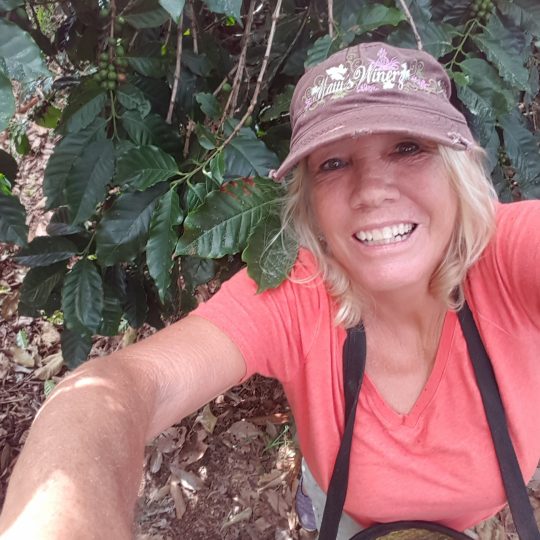 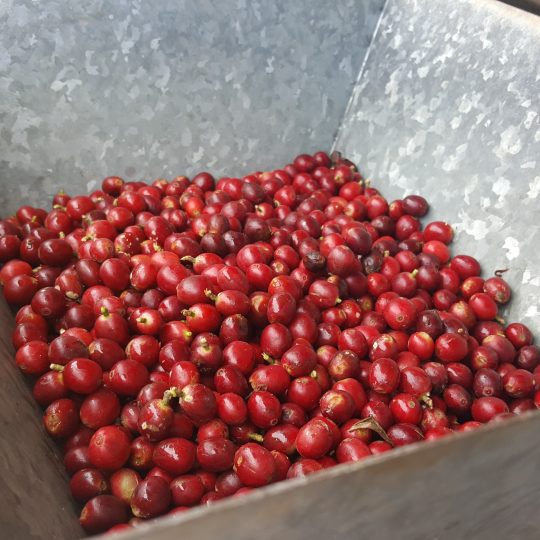 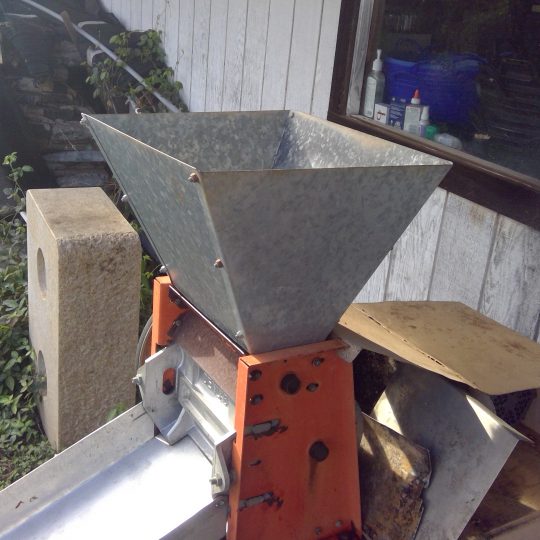 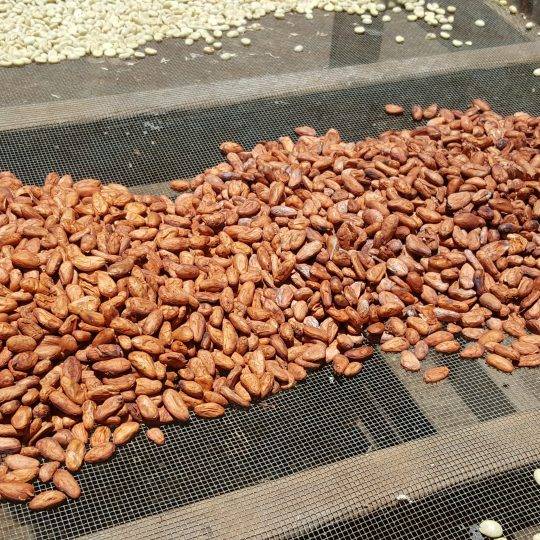 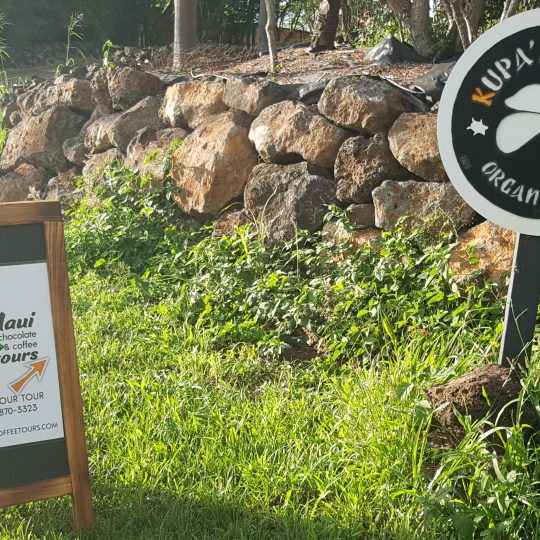 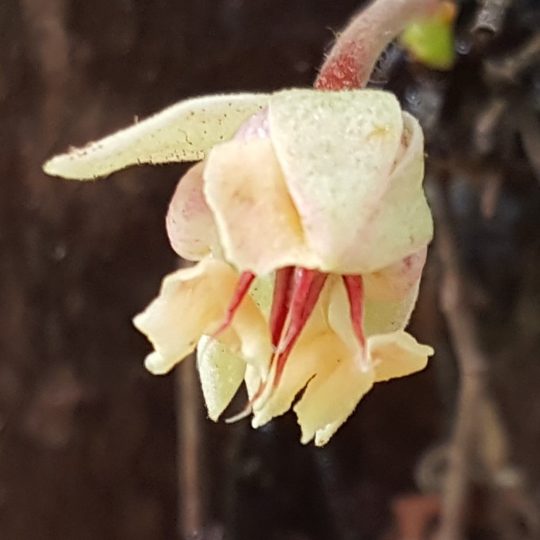 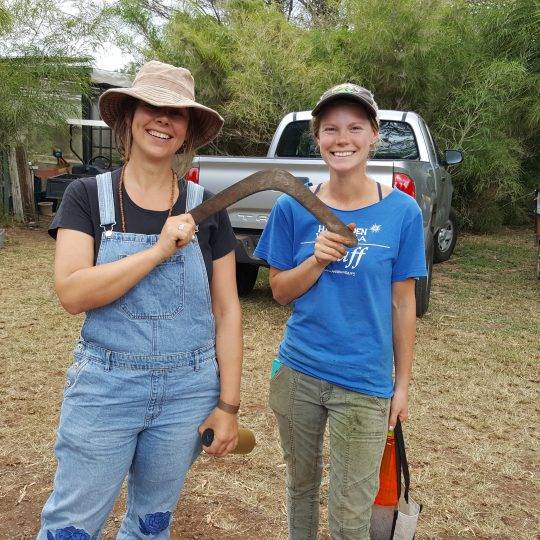 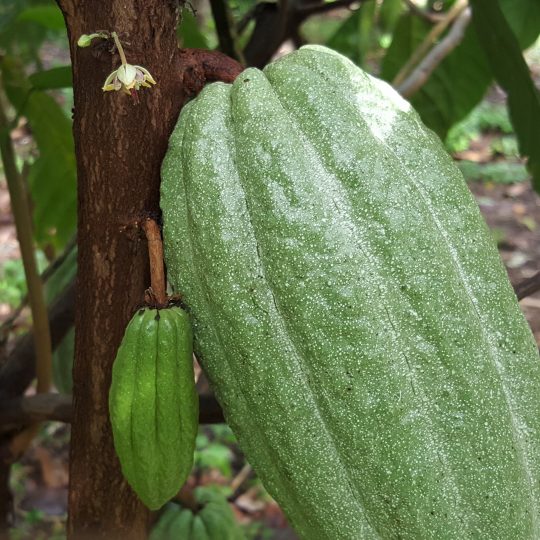 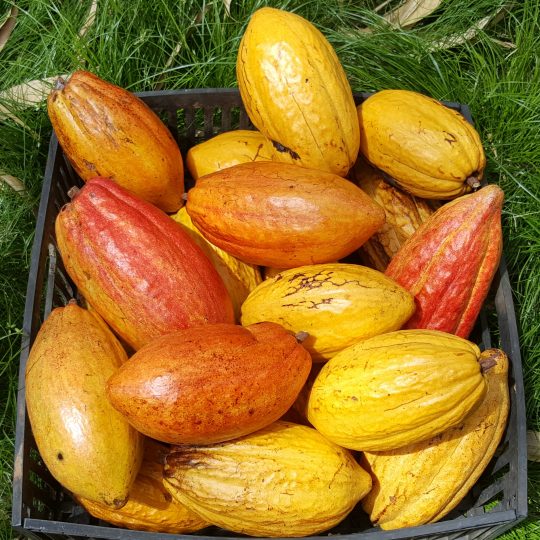 Some differences in cacao and coffee production

The big difference is in the fermentation. Cacao fermenation, ideally in Hawaii, is approximately 7 – 8 days; whereas, coffee, it is only 24 – 48 hours. Temperature is another big difference. Coffee fermentation temperature doesn’t matter  whereas cacao it is quite sensitive.

The optimum stable temperature for fermenting cacao is 120 degrees. There are many experts on cacao fermentation, and in my opinion, the only things experts agree upon is disagreeing. Aaah, come on! We need a little light heartedness. We’re not poking too much fun at you experts! We like to add humor on our tours as well, and that  is one of the many additional values found on one of Maui Chocolate and Coffee Tours!

Some chocolate makers don’t practice fermentation, so only you can be the judge. If you come across an artisan chocolate that’s not been fermented, pick up a bar and try it for yourself. One of the big points of discussion on fermentation for chocolate is the yeast. Southern growing regions that can more easily attain 1 ton of beans, will ferment them on banana leaves sometimes starting right there in the jungle in fermentaries. Yeast from the banana leaf, according to some experts, is suppossedly the best.  In southern growing regions, it only  takes about 3 – 4 days for optimal fermentation before drying.

One ton is the desired quantity, but here in Hawaii, it is extremely difficult to collect 1 ton of beans, so our fermentation batches are micro for many farmers just like at Kupa’a Farms.  Since the farm is at the embryonic phase for chocolate production that it is what is so exciting to share. We are an educational experience with empahasis on both yumminess and fun!

Drying and Roasting…some similarities and differences

Drying will take anywhere from 2 – 4 weeks for both coffee and cacao depending on the weather.  At Kupa’a Farms they are both dried on raised screen drying racks which are easy to move out of inclement weather, ie, rain or too much sun. Coffee is dried to 12% moisture content and Cacao is dried to 6%.

Once the products are dried, they are ready to be bagged in 50 lb burlap bags  for shipping anywhere around the world for roasting. The next time you buy Belguim chocolate, hopefully you’ll be the wiser that that chocolate is only produced in Belguim and the chocolate is  from one  of those 26 cacoa growing countries!

Stay tuned for the next  update…wrapping up the similarities and differences in coffee and cacao!!!

A hui hou! (until next time!) We will continue to keep rocking chocolate and coffee with aloha all day long!

nextWhat's going on with coffee and cacao