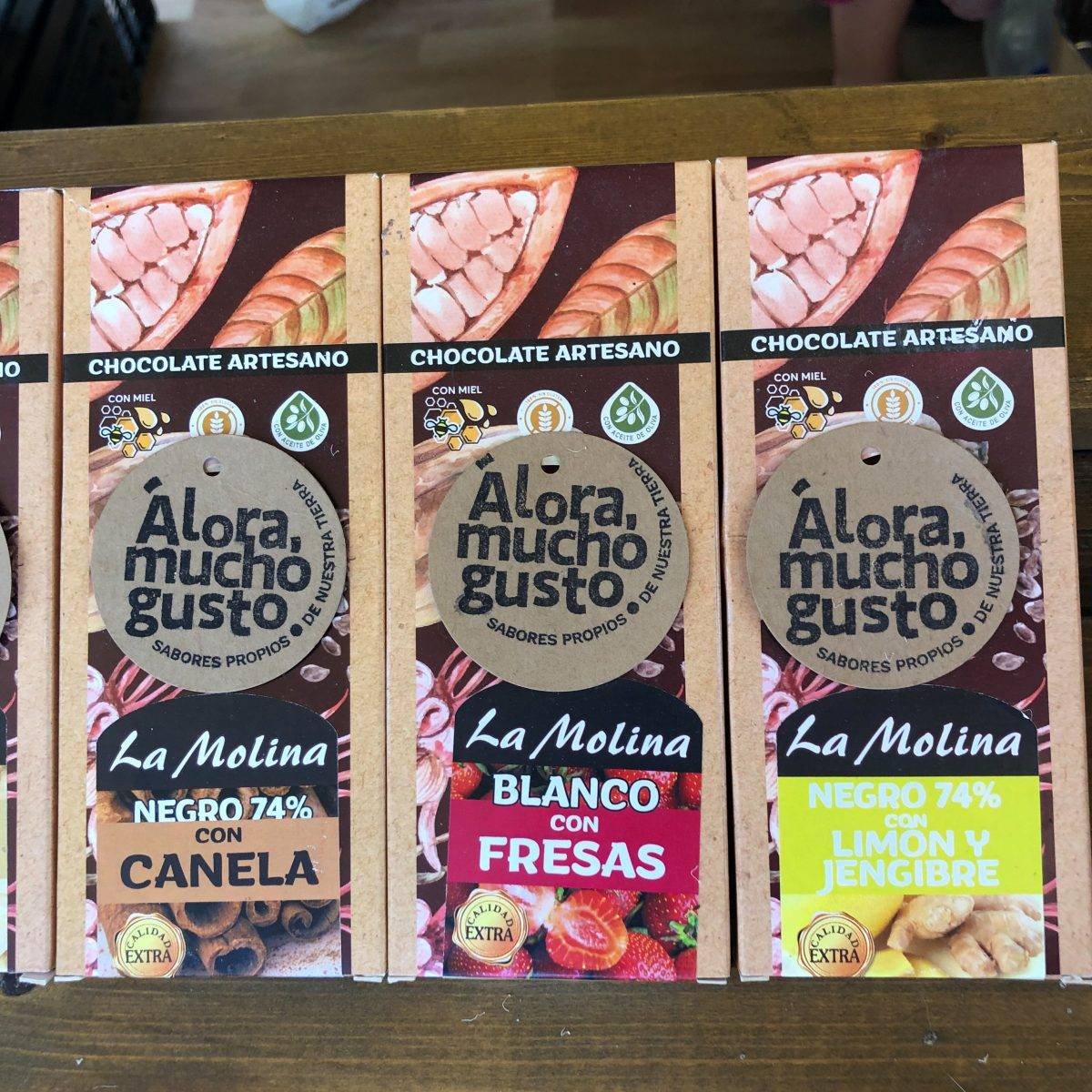 I have been traveling in Europe for the summer, and have spent the majority of my trip in Spain. Spanish chocolate is insanely delicious, and has a long and captivating history. As I write blogs for Maui Chocolate Coffee Tours, we thought it was necessary that I tell you about my European summer experience. Keep reading to learn about traveling to Spain and the history of chocolate!

The History of Chocolate in Spain

The Spanish Explorers first brought chocolate to Europe over 500 years ago! The Spanish were the first ones who mixed the bitter cocoa with sugar, thus modifying a bitter Mayan drink into the delicious and sweet hot chocolate drink as we know today. Over time, Spanish chocolate has changed, but their love for it has never diminished.

Hernan Cortez was the first person who brought chocolate to Europe. Cortez was warmly invited into the Aztec dinners, where they would give him their favorite drink, the spicy warm (but bitter) chocolate. Cortez began to realize the great importance that the Aztecs placed on chocolate. During this time they even used cocoa beans as money! He decided to load up on it and send it back to Spain. Once the chocolate landed in Spain, the Cistercian monks grasped the knowledge of how to turn cocoa beans into the yummy Aztec chocolate drink. The monks were in charge of prepping the imported cocoa beans into hot chocolate for the Spanish nobility. They kept their chocolate knowledge a secret, and managed to prevent the rest of Europe from finding out for almost 100 years!

Now, as the years passed, the Spanish recipe for chocolate was molding to more and more European tastes. The Aztecs had blended fiery hot peppers into their chocolate, but the Spaniards decided to go for a sweeter option, with sugar cane from the Canary Islands to create the sweetened chocolate that would eventually be a worldwide hit!

In the 17th century, the Spanish Empire and the country’s hold on chocolate began to fall. The chocolate secret was loose! First to France, then Italy, and suddenly the sweet hot chocolate beverage spread quickly amongst the elite and bourgeois. Well, how did chocolate go from European royalty to every person in the world? It took another 200 years! All the way up to the 1800s, chocolate was only served as a drink. This drink was incredibly labor-intensive, and very expensive to produce. In the 1820s, a Dutch chemist invented a way to make powdered chocolate! Fast forward a few decades later, and a British company produced the FIRST ever chocolate bar! And this is how chocolate was able to be made in mass quantities.

I landed in Madrid, Spain, and spent a few days here before going to my final destination in Tarifa, Spain. One thing I can tell you for sure is that Spaniards love their chocolate. Every morning, from Madrid all the way to Tarifa, you can find a local cafe where the most popular option on the breakfast menu is “churros”.

Where I come from, I am familiar with “Mexican churros”, where they are rolled in cinnamon and sugar, and then served. But in Spain, they serve churros plain, with a huge cup of hot, melted chocolate to dip them in! You can get a giant order of 10 churros (that would be nearly impossible for one person to finish on their own) for only $2! The chocolate to dip them in is the best part. One cafe I found, offered many different types of chocolate. Milk chocolate, dark chocolate, hazelnut, white chocolate, and the list goes on! These churros are a must-have when you are visiting Spain!

My next experience with chocolate was when I went hiking on the Caminito del Rey. The Caminito del Rey is an aerial trail that was built in the walls of the Gaitanes gorge. It’s a path terraced onto the gorge with a length of 1.8 miles in long sections, and the path is less than 3 feet wide. The path is hanging on the vertical gorge walls, and you walk on this path that’s over 300 feet above the river. If you are afraid of heights, this hike could definitely make you dizzy (but it’s so worth the thrill and spectacular views)! 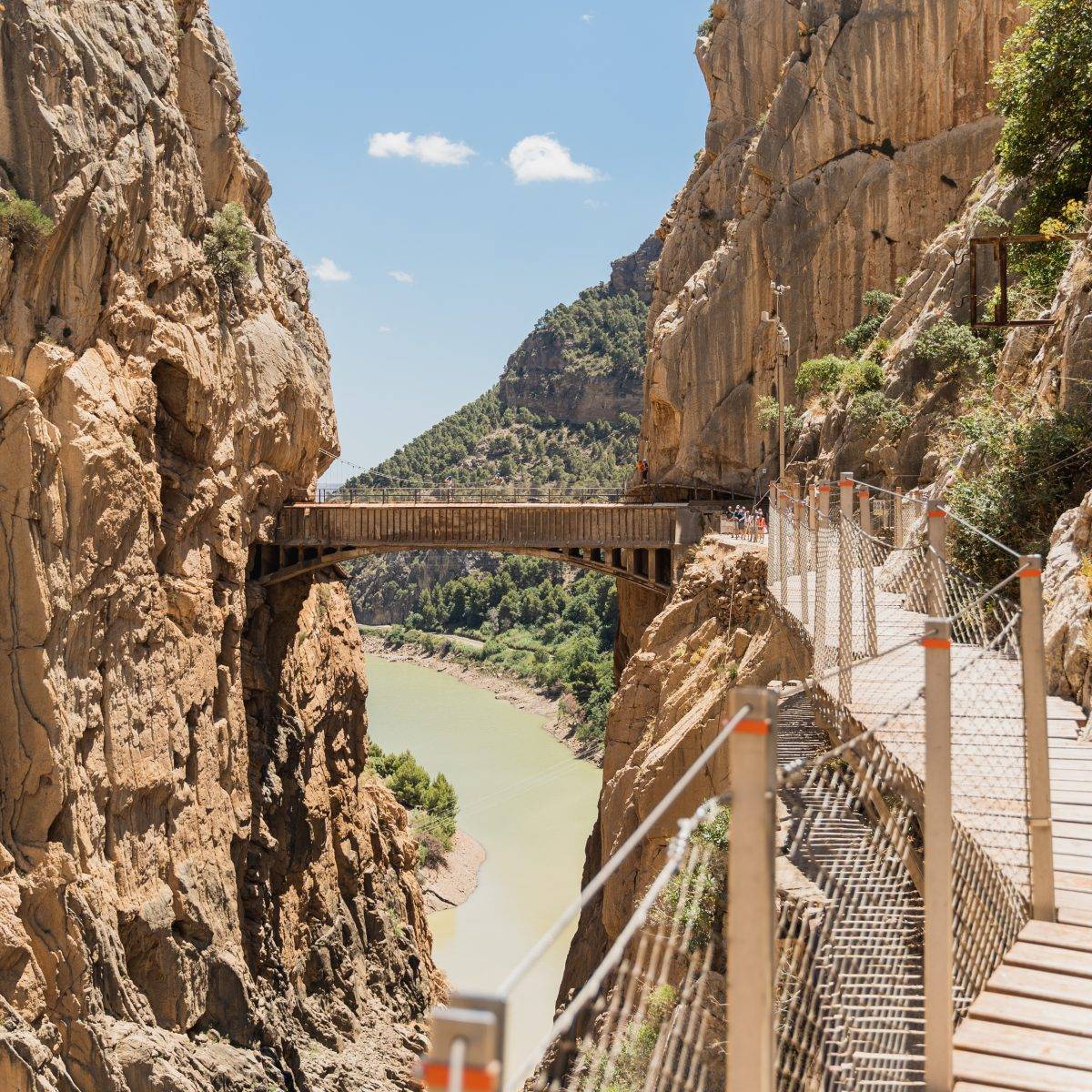 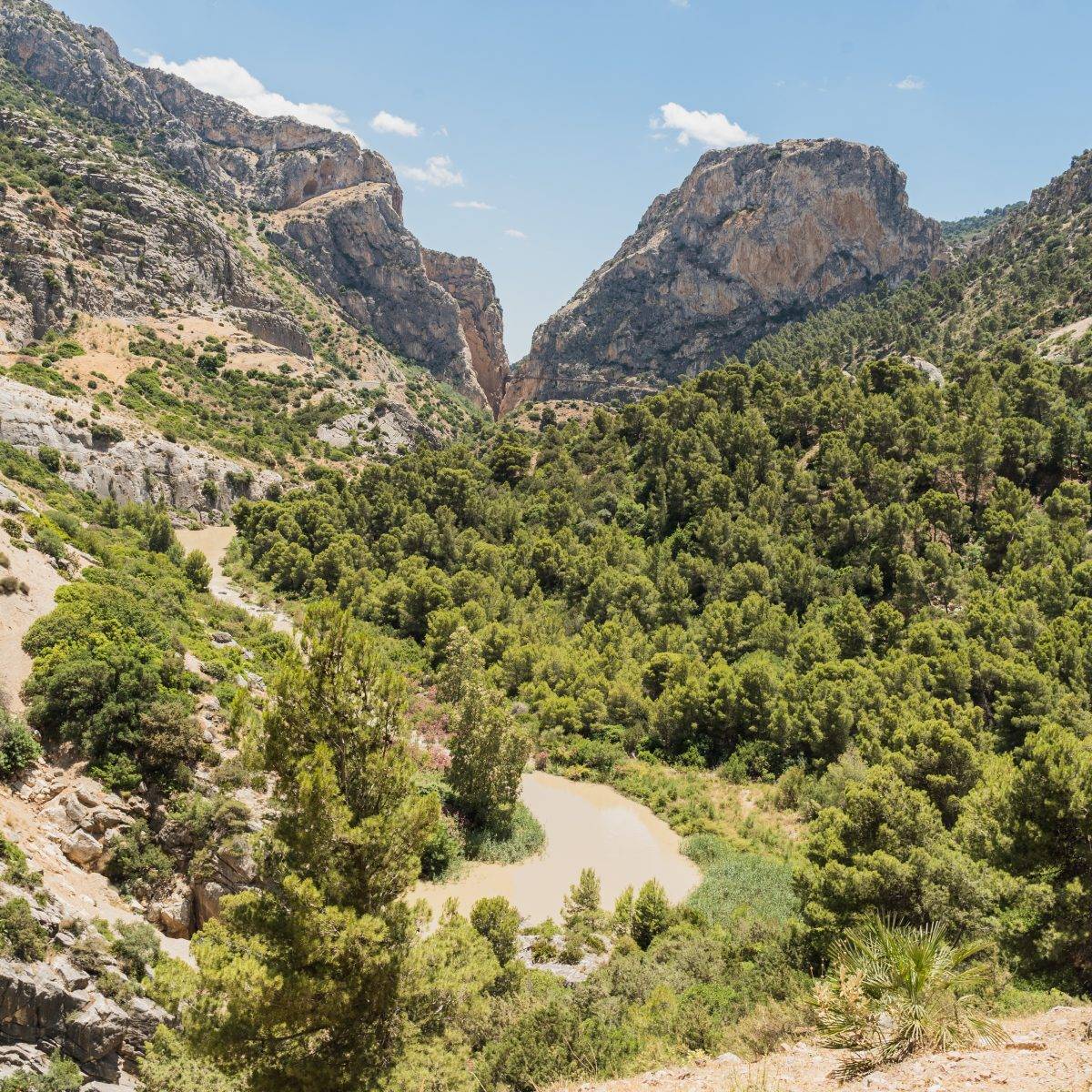 As soon as we finished the hike, hungry and exhausted in the middle of a hot summer day, we were waiting to catch the shuttle back to our car when we found a chocolate stand that was selling artisanal chocolate made in Spain. Of course, I saw this as the perfect opportunity to taste some Spanish chocolate and support a local company! The woman working there was very kind, and explained to us that many of her chocolates are sweetened with honey, rather than sugar. That is, locally farmed and organic honey! 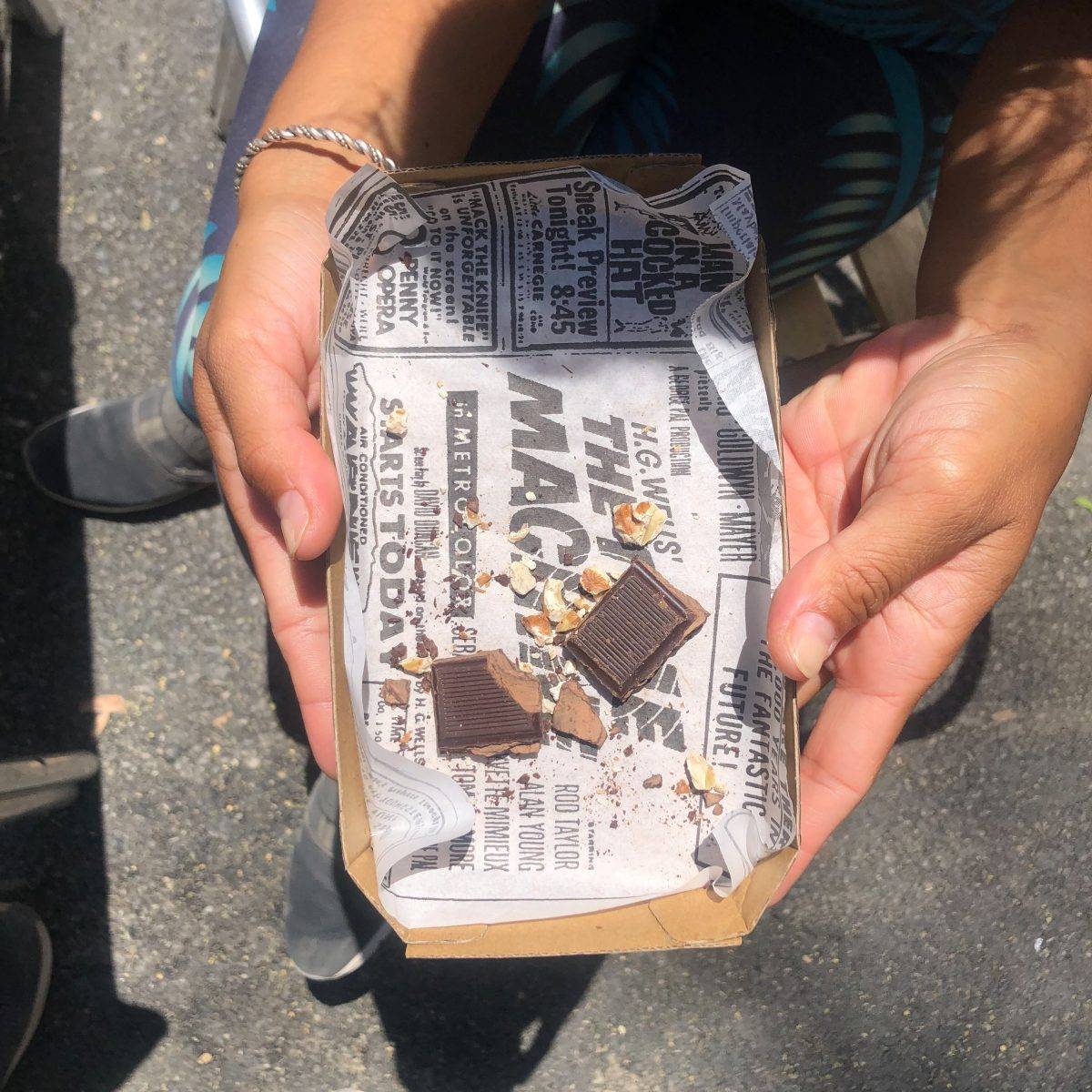 Her chocolate was very pure, and only had a few ingredients in each one. She offered many different flavors including : red fruits, nuts, sugar free, lemon, dark chocolate, banana chocolate, cinnamon, white chocolate with strawberries, lemon and ginger, and pistachio. My two favorite ones that I tried were the chocolates with nuts and the pistachio! Delicious chocolate. I wish I could find the brand and give them credit here, but they are very small and unfortunately I can’t seem to locate a website or social media!

We brought some chocolate bars home after this adventure to enjoy with my husbands family. They loved the chocolate too! 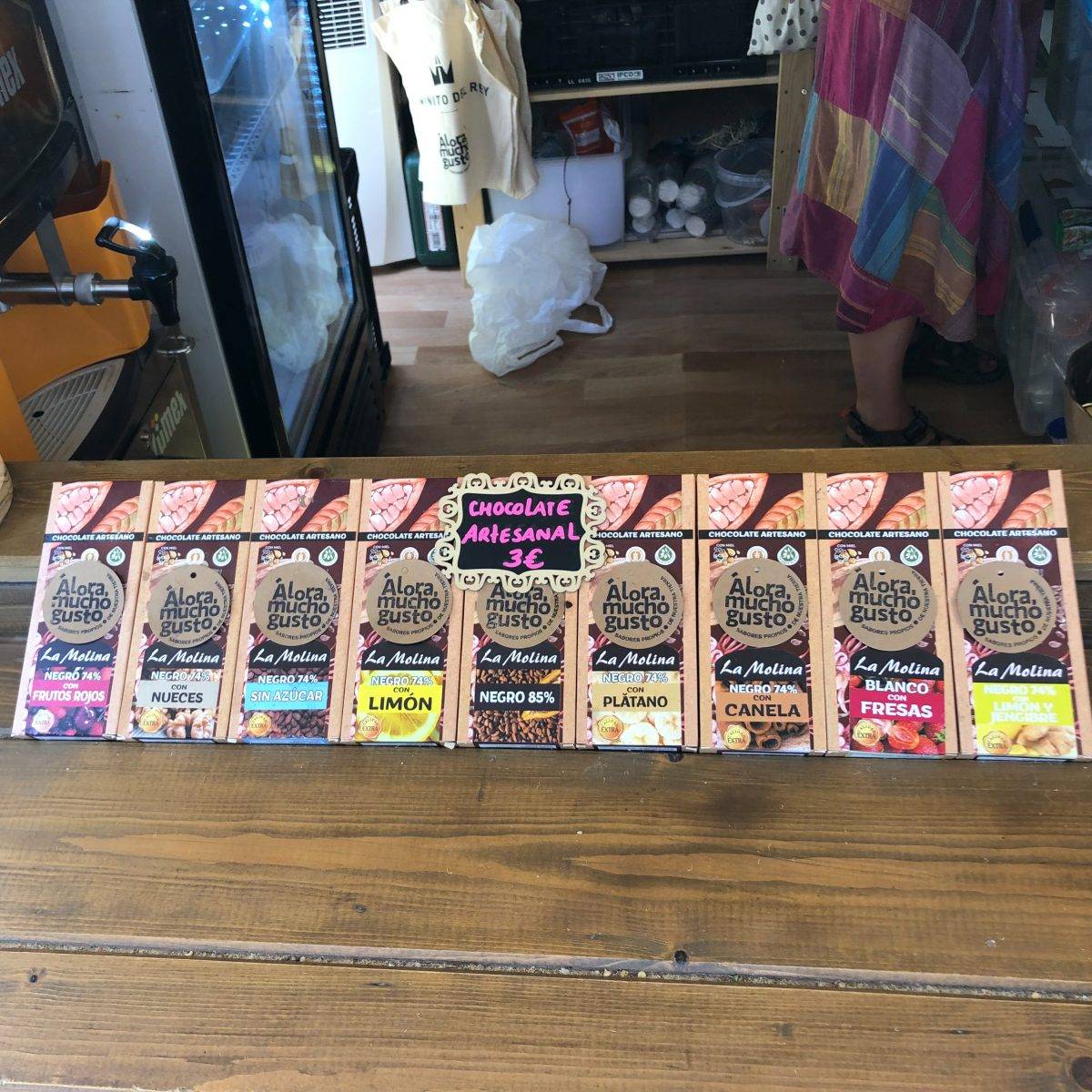 You can find chocolate everywhere in Spain! Whether it be hot chocolate, chocolate croissants at the bakery a.k.a. Napolitana De Chocolate, churros with chocolate, and more! If you are a chocolate lover like we are, you must indulge when you travel to Europe. Everything here is so delicious, and has so much history behind it. Traveling to Spain and the History of Chocolate is one that goes hand in hand together.

I hope you enjoyed “traveling” to Spain with me and learning more on the history of chocolate. Give us a follow on Instagram to learn more about our chocolate farm on Maui, and the chocolate and coffee tours that we offer! Tell us about your Spanish chocolate experiences in the comments below. Ciao!

0
0
Your Cart
Your cart is emptyReturn to Shop
Continue Shopping
Loading Comments...